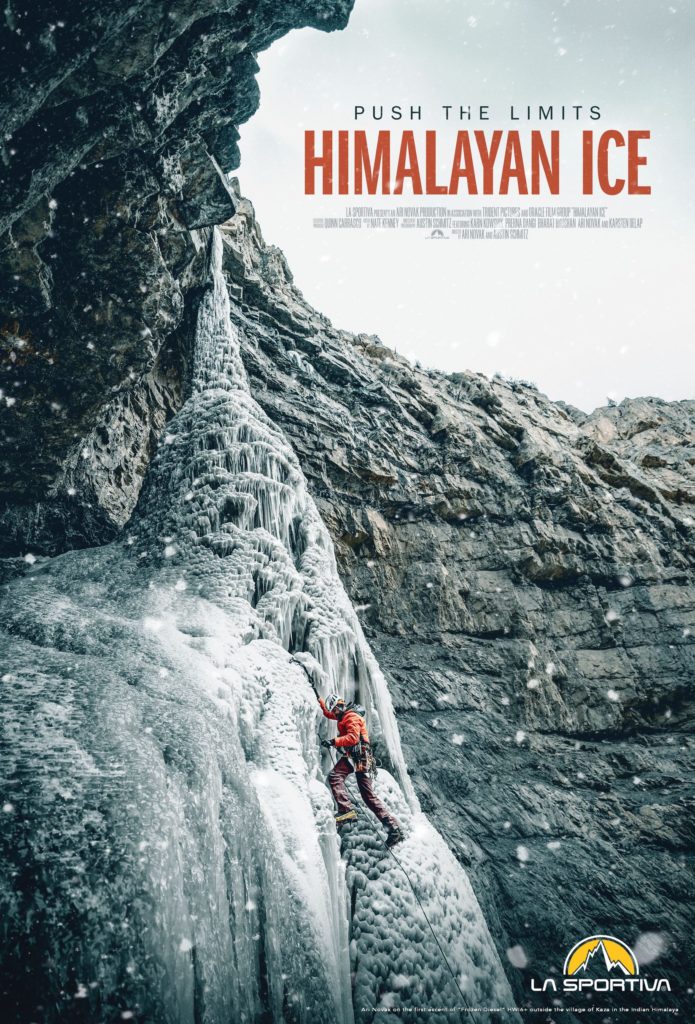 A documentary feature film – In December 2018, alpinists Ari
Novak and Karsten Delap set out for India to explore one of
the most remote valleys in the Indian Himalaya with local
climber Karn Kowshik. Their goal was to meet with the
indigenous population of the Spiti Valley and try to support
local ice climbing. What they found was perhaps the biggest
treasure trove of unclimbed ice in all the Himalaya.
Himalayan Ice tells the history-making story of their journey
to put up 9 first ascents and start an ice climbing movement
by the local population. From their journey to the valley
along the most treacherous road on earth to walking amongst
Snow Leopards, the expedition was anything but expected.

Presented by La Sportiva, the goal of the Himalayan Ice
film tour is to raise money and awareness for
impoverished and indigenous populations to enable
these native people to climb in their own mountains.

By empowering native populations through climbing for
conservation we hope to establish and protect safe
climbing areas for native populations in the worlds great
mountain ranges. Himalayan Ice has partnered with
Project Conservation a 501c3 non profit to enable our
efforts. Ticket proceeds will directly go to support this
non profit effort.

Coming to the Shows